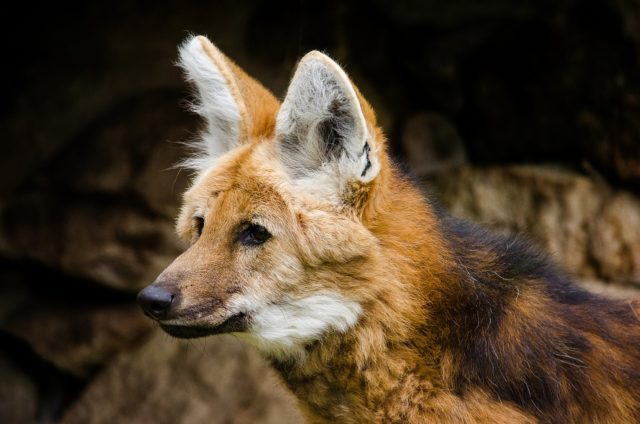 Lions are among the most feared predators in the wild. However, that doesn’t mean that there’s no way out when you get caught by this ferocious beast. How? A painted dog pulled just the right trick.

A guide from the African Bush, together with his guests from Somalisa Camp, was around the Hwange National Park in Zimbabwe, having a game drive. They saw a pack of wild dogs that were feasting on a kudu. Unfortunately, the dogs didn’t see that the lioness was creeping up on them, and they ended up getting too close to their predator.

Calvet, African Bush Camps’ guide, and his guests from Somalisa Camp were on a game drive in Hwange National Park, Zimbabwe, when they came across a pack of wild dogs that just finished eating a kudu but ended up being too close to a lioness! The Lioness grabbed one of the wild dogs, the alpha male of the pack, and tried to kill it. Everyone believed it was already dead, but they were in for a happy surprise! For the full video, link in bio: http://bit.ly/WildDogPlaysdead Tags: #Nature#travel#vacation#view#adventure#outdoors#explore#lucky#wilderness#Tourist#Visiting#animal#camping#wild#africa#wildlife#safari#Hwange#Exploring#LionvsWilddog#Lionhunt #videos #viral #escape #wilddogs #video #lion

The lioness went on for a hunt and was able to capture one of the wild dogs in an instant. She carried around her freshly-caught prey in her mouth while it went limp in it. The dog didn’t budge, making it seem that it’s already dead.

However, the subsequent events showed how smart the wild dog is. Another wild dog approached the lioness, making her spring into action. She dropped the dog she was holding in her mouth and tried to attack the other one. To everyone’s surprise, the wild dog that she previously caught got up and made his escape. The wild dog, which is a part of the Kennedy pack, outsmarted its vicious predator.

Nick Dyer, a wildlife photographer, said that these dogs are known to be one of Africa’s best hunters. They have an 80% chance of ending their hunt in a kill. Outside of hunting, the pack usually engages in group activities when they’re not sleeping in the day. They are a very playful group, especially when it comes to their puppies. They enjoy pulling and chasing each other’s tail.

Even if they come from the wild, these dogs still have so many similarities with domesticated dogs that we regularly see – sociable, playful, and smart.