Home Playful Dog Stories This Woman Took An Aggressive Dog Out Of Animal Shelter Before Anything... 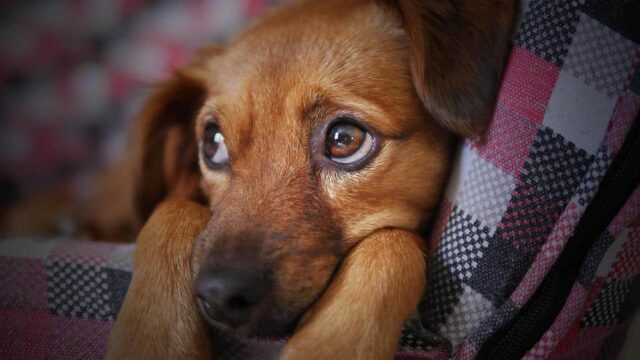 Some dogs get stuck in an animal shelter because they have problems socializing with people. They are often labeled as aggressive and suffer a tragic end through euthanasia.

Fortunately, a lot of animal rescuers out there seek out such dogs and give them a chance to live a better life.

A dog named Mulan was almost euthanized because she always barked at people who would come to see her. Fortunately, a woman named Martha took the dog out of the shelter. She had to sit with the dog for 2 and a half hours to establish trust.

Getting Mulan out of Martha’s car was difficult. The scared dog had no idea what was going on, so she didn’t budge. When she was placed inside a room, Mulan destroyed her bed and pillows. Yet despite all of that, Martha was patient and knew that the dog only did that out of stress.

Martha hand-fed Mulan without making eye contact. It was a strategy used by rescuers to appear non-threatening to anxious dogs. The method worked because Mulan started licking Martha’s face soon after that.

When Martha brought out her other dogs, it became easier for Mulan to trust her. Seeing the other dogs trust Martha made Mulan realize she can also trust the woman. Furthermore, the interactions Mulan had with the other dogs contributed to easing her anxiety.

Within two weeks, Mulan underwent a drastic transformation. She became a very sweet dog who would always sleep on Martha’s bed and demand belly scratches. It was almost as if Martha was living with a different dog.

Martha admitted that if it was up to her, she wouldn’t let go of Mulan. However, she knows that there is a wonderful family in Canada waiting to adopt the lovely dog. After the foster care is over, Mulan is ensured to continue living a good life.

These Puppies Were Left Behind At A Demolition Area, So Rescuers Saved Them