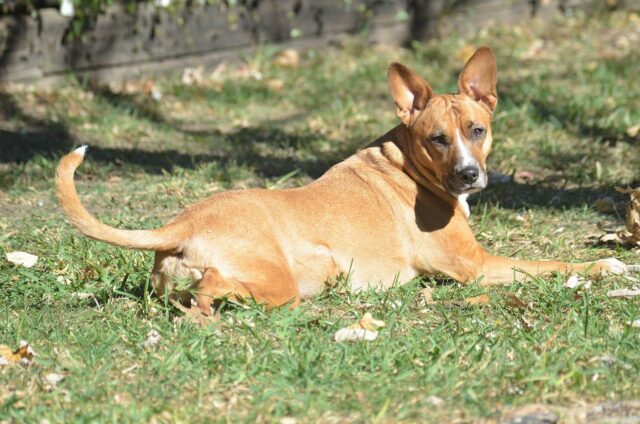 When animal shelters are unable to afford to care for a dog with a disability, euthanasia is often an option. Once in a while, a lucky dog would be saved from such a terrible fate. It’s wonderful to see them get a second chance at a life where they live with people who love them.

Nala is a great example of a disabled dog who got a second chance. She was found in Houston, Texas, running around with only three functioning legs. Nobody knew what happened to her, so people just assumed she got hit by a car.

The dog found herself inside a church. Shortly after, she was sent to an animal shelter, where she almost met a cruel fate. The animal shelter could not afford to amputate her injured, so they decided to put her on the euthanasia list. Luckily for Nala, an organization called Lance McCullers Foundation paid for her amputation.

Eventually, Nala got adopted by a woman named Beth. Her new owner always wanted to have a pit bull, so the excitement was through the roof when the two of them met. Beth was enamored and couldn’t wait to spend so much time with her new dog.

Beth says that other people often pity Nala, but she’s quick to shut them down. She knows that Nala is capable of doing anything that an abled dog could do. Nala is very physically active and gets into all sorts of shenanigans.

Like any pit bull owner, Beth condemns the stigma surrounding the pit bull breed. She thinks they are just misunderstood and that they aren’t given a chance to prove how good they are. Beth believes that people should take a step back and look at each dog as an individual to make sure they are properly cared for.