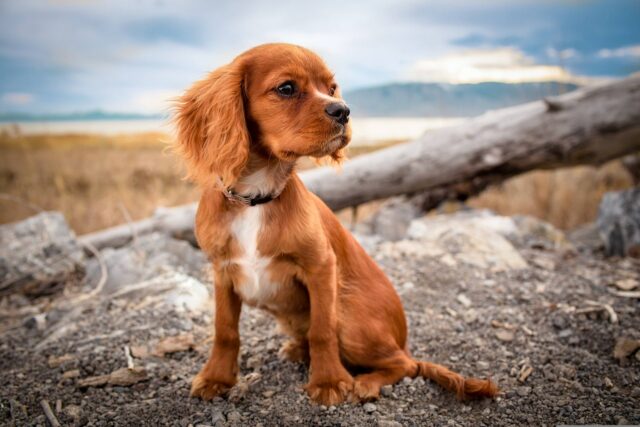 It is always heartbreaking to be separated from a close friend. Most people can’t bear the thought of saying goodbye to a long-time friend. The same thing happens to animals when they have to part ways with a friend they’ve bonded with, regardless of species. A good example is a dog named Rookie, who parted ways with an odd friend.

Rookie formed a deep bond with a female cow for some unknown reason. Their friendship has been going well until one dreadful day. The owner had to send Rookie’s best friend away because he found it hard to care for two cows.

Rookie cried when he saw his best friend being dragged outside the barn. Since dogs don’t usually shed tears like people, it is safe to say that Rookie felt unimaginable heartache at that moment. Anyone who saw the dog in that state would be heartbroken too.

Rookie ran away a few hours after the cow had been transported to a different place. Surprisingly, the dog managed to find the cow’s whereabouts by following the noise she made. Sadly, Rookie couldn’t stay there for long because his owner found him and brought him back home.

Rookie would spend his days at the barn where the cow used to be. The dog would stare at the barn door all day, waiting for his friend to return. It got to a point where he lost his desire to eat because of how troubled he was.

Seeing his dog go through such emotional distress, the owner had to make another tough decision. He decided to get the cow back just for Rookie’s happiness. Despite the challenge of caring for the cow, the owner knew that his dog’s well-being was his priority.

One veterinarian says it’s not healthy for the dog to only be friends with a cow. Keeping this in mind, the owner adopted another dog, so Rookie won’t have trouble socializing with similar species. So far, no issues have arisen, and Rookie is living his best life with his good friends.

Stray Dog Is Saved By Animal Rescuers, And How He Thanks Them Will Make Your Heart Melt