For dogs, every helpless situation has a solution. Canines refuse to give up, especially when the situation involves their treasured toys.

Thus, a determined dachshund gives its best shot at reaching its tennis ball under a cabinet. Though the pup needs to squeeze itself beneath the narrow opening, it doesn’t mind so long as it can retrieve its toy.

Umm, what’re you doing over there?

In this comical video clip, a camera focuses on a wide television screen of a room. However, before you concentrate on watching the TV program, one can notice movement beneath the wooden cabinet. 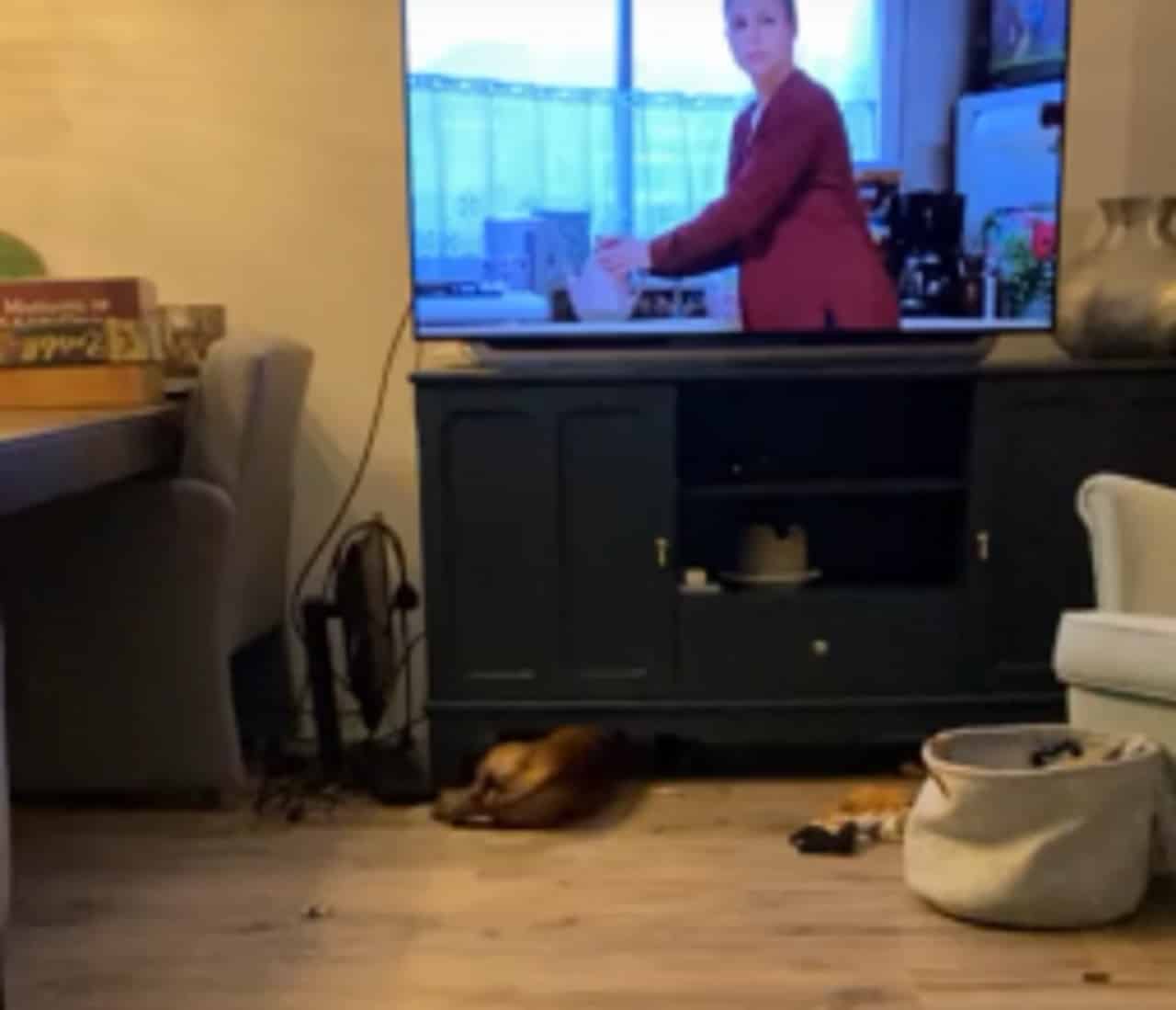 With this, the camera then trains on the mysterious moving object, which turns out to be a dachshund. Despite the area’s narrowness, the little doggo squeezes its body to try and reach for something beneath the cabinet.

It turns out the dachshund’s trying to retrieve its beloved tennis ball. Thus, without wasting any second, the puppy starts wriggling in place in a bid to grasp the said object.

As the video progressed, the dachshund continues with its attempts to recover its beloved plaything. Yet, such a task isn’t as simple as it looks like the ball’s too far for the doggo to reach.

Yet, the dachshund refuses to give up and continues wriggling on the floor. At some point, the doggo even readjusts its positioning to try and crane towards the tennis ball. 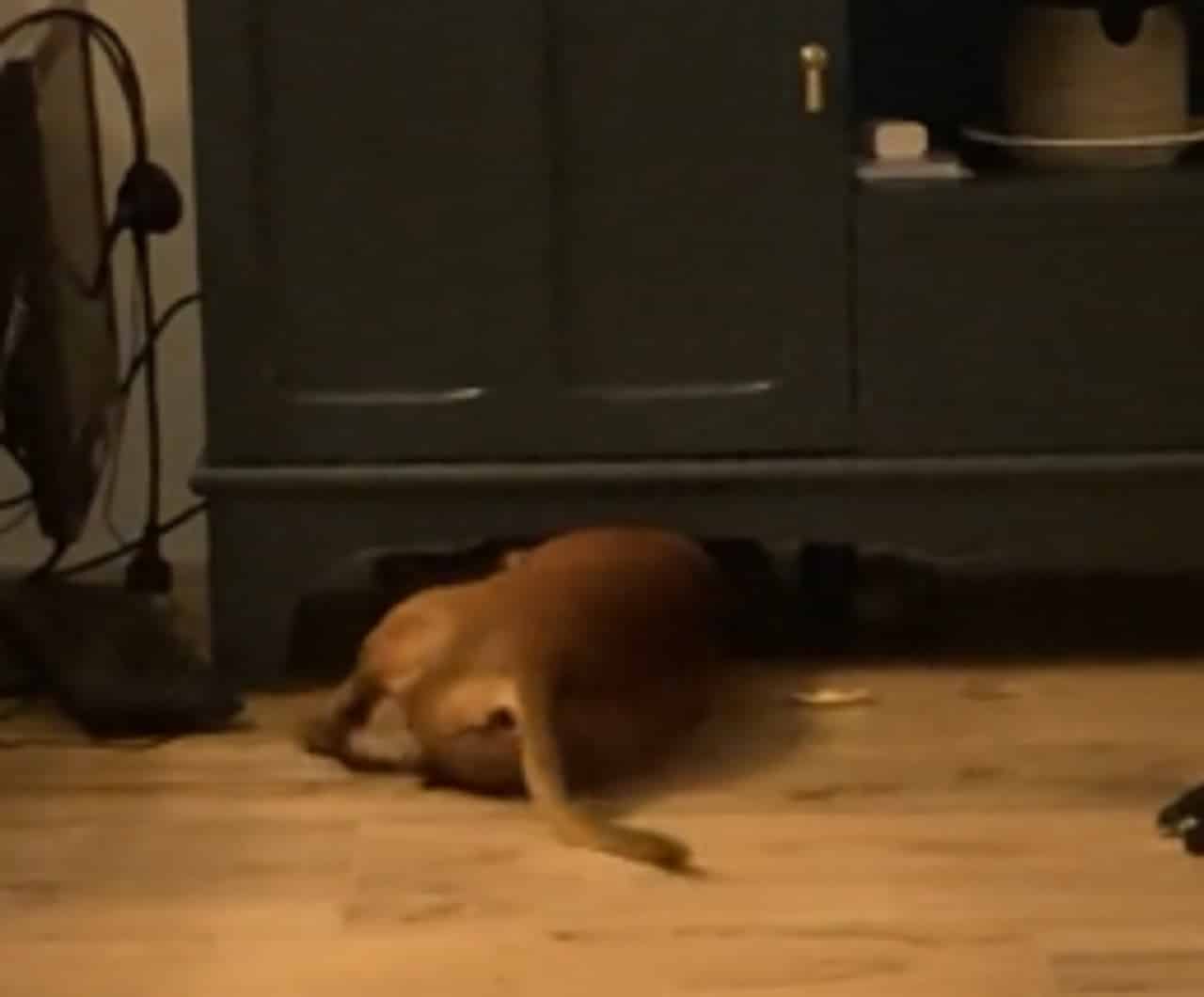 But, no matter how hard the determined dog stretches its legs to reach the tennis ball, nothing it does seems to yield results. Thus, the pup decides to give the task a rest as it slowly emerges from the cabinet.

Do you think the dachshund makes another attempt at retrieving its tennis ball? Well, you’ll need to stay tuned to the linked video below to find out.