Home Playful Dogs Rule Pup Cherishes Stuffed Animal So Much She Refuses To Share It With... 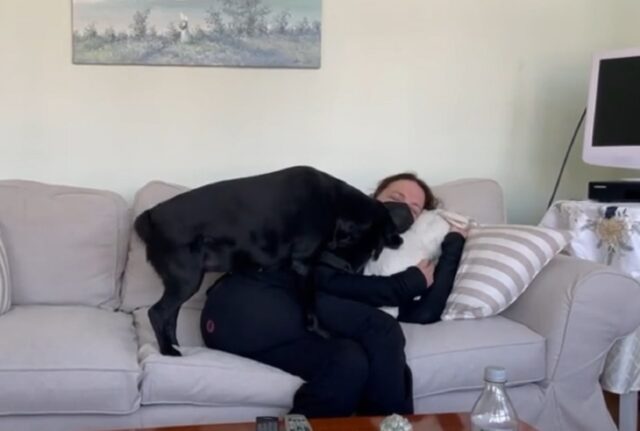 It’s not surprising for canines to treasure objects in the house. Even if their fur parents snatch away that precious item, dogs will retrieve it at all costs.

Thus, a protective doggo yanks its beloved stuffed toy from Mom even as the woman tries to use it as a pillow. With the way it looks, no one can persuade the canine to share its precious toy.

In this comical video clip, a black-furred canine named Abby sits on a couch. Not far away from Abby, her fur mom sits on the sofa while holding on to a stuffed toy. 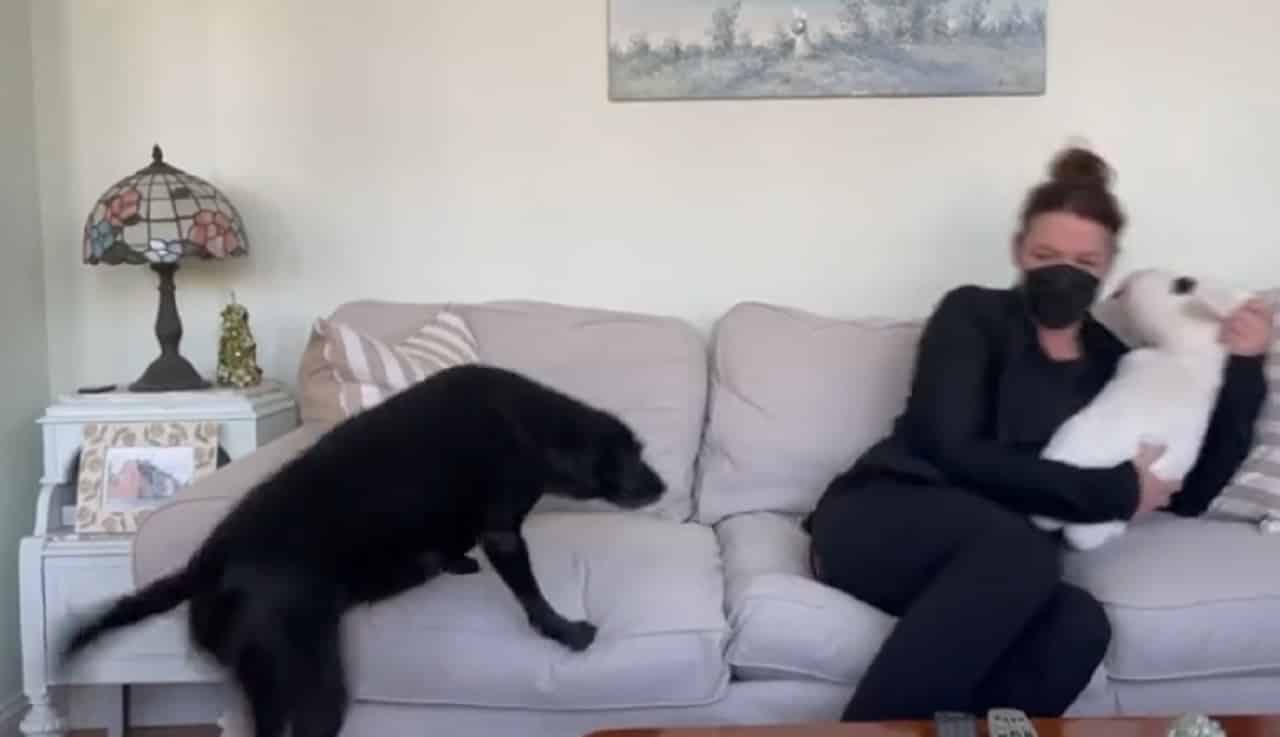 Mom then rests her tired body on the couch while using the stuffed toy as her pillow. Yet, the woman’s actions ultimately alarmed Abby, prompting her to jump on the sofa.

Even as Mom tries to sleep, this did not prevent the relentless Abby from enacting on her plan. The doggo then clambers on Mom and grabs hold of the stuffed toy.

I’m taking my toy away!

When Mom still lays her head on the stuffed toy, Abby decides to use force to get back what’s rightfully hers. The determined pup then tugs on the plushy’s body and yanks it from the sleeping woman.

On and on, Abby continues yanking the plushy until she succeeds in freeing it. With this, Mom quickly rises to stop the doggo. 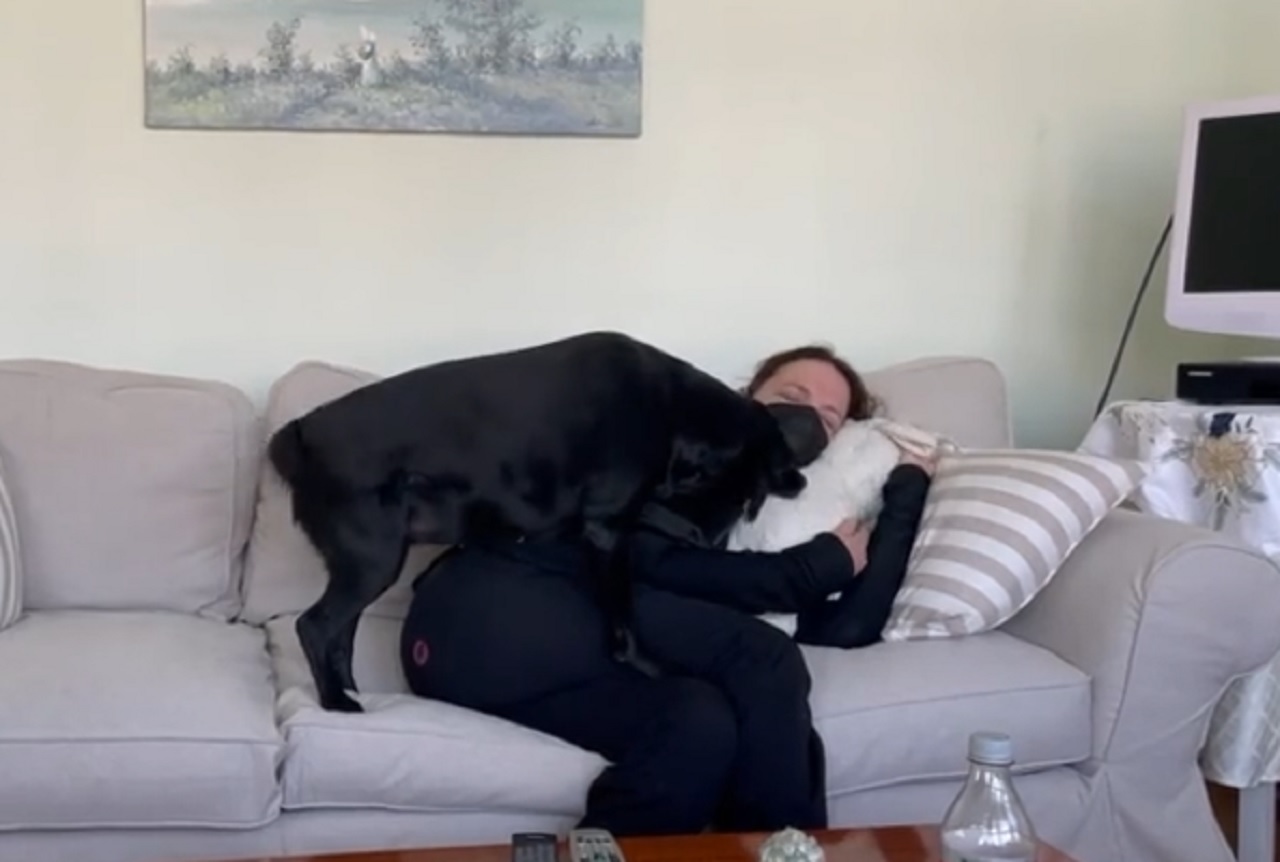 Yet, Abby’s determined to take the plushy from Mom as she firmly grasps the toy with her mouth. But, as Mom also wants to regain possession of the stuffed object, she holds onto it with a vicelike grip.

Hence, an impromptu tug-of-war emerges between Abby and Mom. This scenario continued until the relentless puppy manages to free the toy from Mom’s grasp.

Do you think Mom still found a way to persuade Abby to let her borrow the plushy? Well, stick around and watch the video clip below to find out.