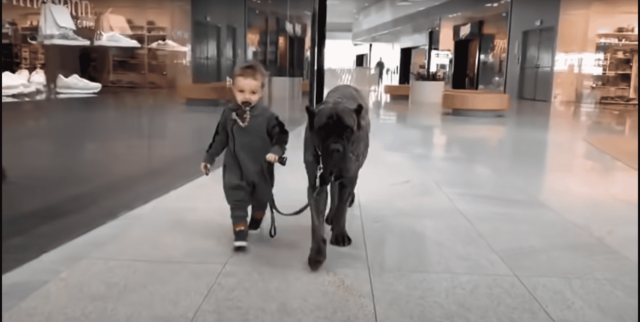 As anyone who’s ever been to a shopping mall with a dog knows, it can be quite a challenge to keep dogs under control. This patient Cane Corso isn’t one of those unruly dogs, though.

He managed to be on his best behavior, walking calmly by his ward’s side. The dog’s actions became more notable when we saw this dog’s ward – a little human boy with a pacifier! 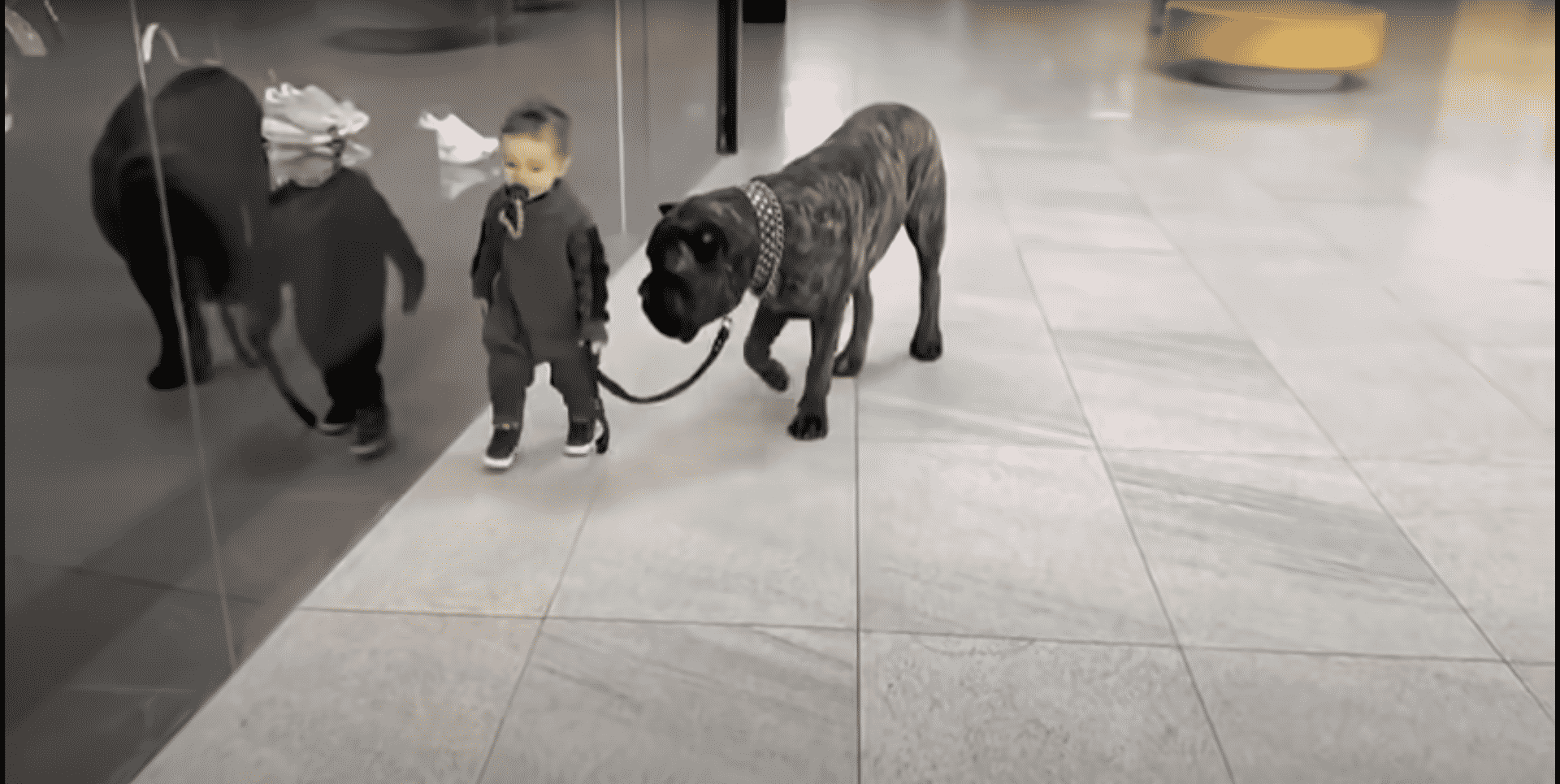 The dog’s owners must be very proud of him for being such a good boy. They’re also probably aware that their furry pet is a great example to their own baby boy!

We’re sure the dog is also proud of himself. This dog should be, especially because he just proved he could effectively perform his guarding duties inside a mall. 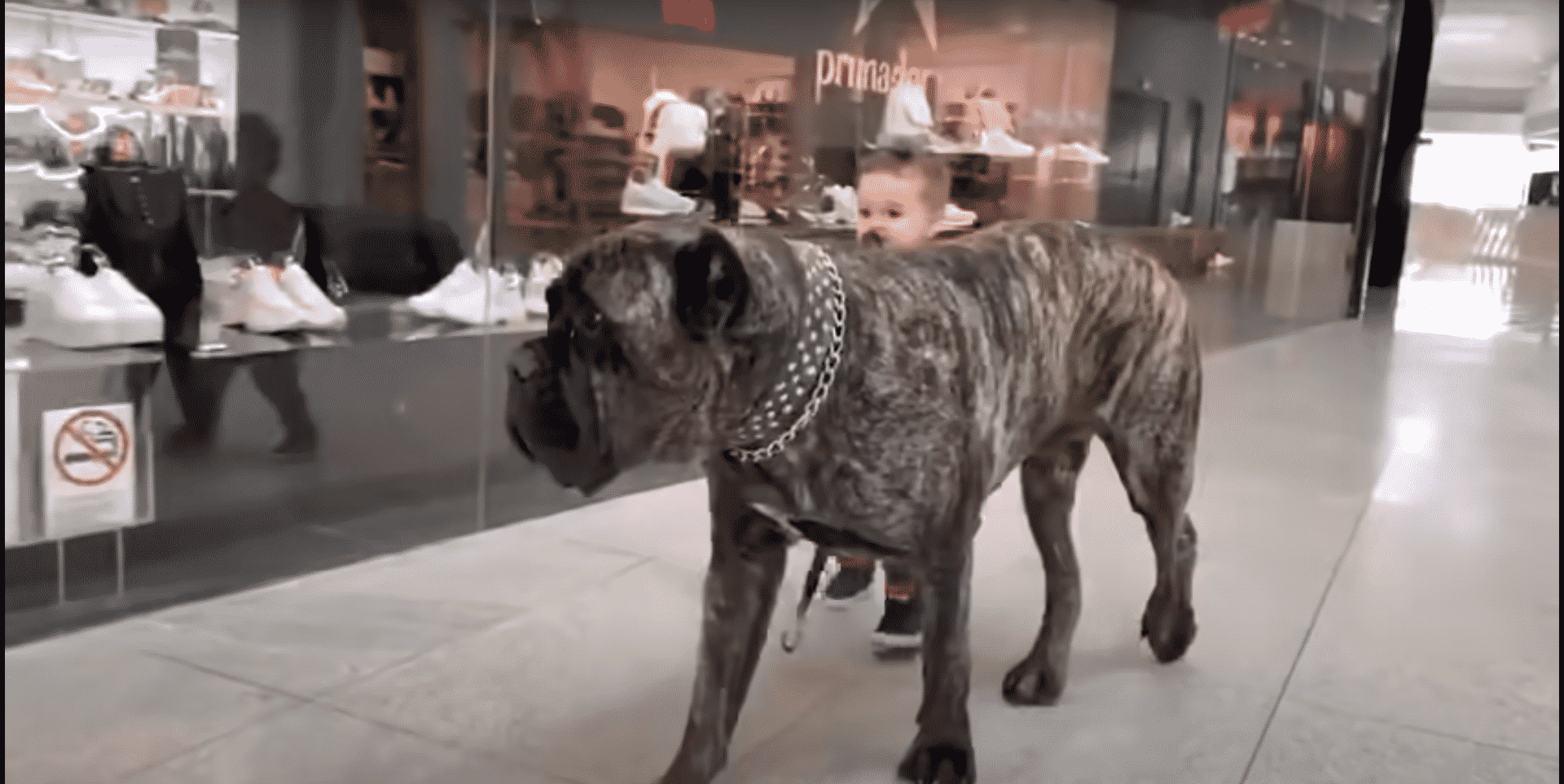 Cane Corsos can be intimidating to look at, so the general opinion is that they’re fierce. They are that, yes, but they’re also some of the gentlest souls out there.

This dog walked like he’s a predator, but we could see the gentle way he watched over his hooman ward.

We can only hope that this dog’s owners noted their dog’s good manners. A little appreciation can do wonders to a furry soul, you know.

They deserve it, with their innate sense of loyalty. They’re always ready to protect their loved ones too, no matter what. 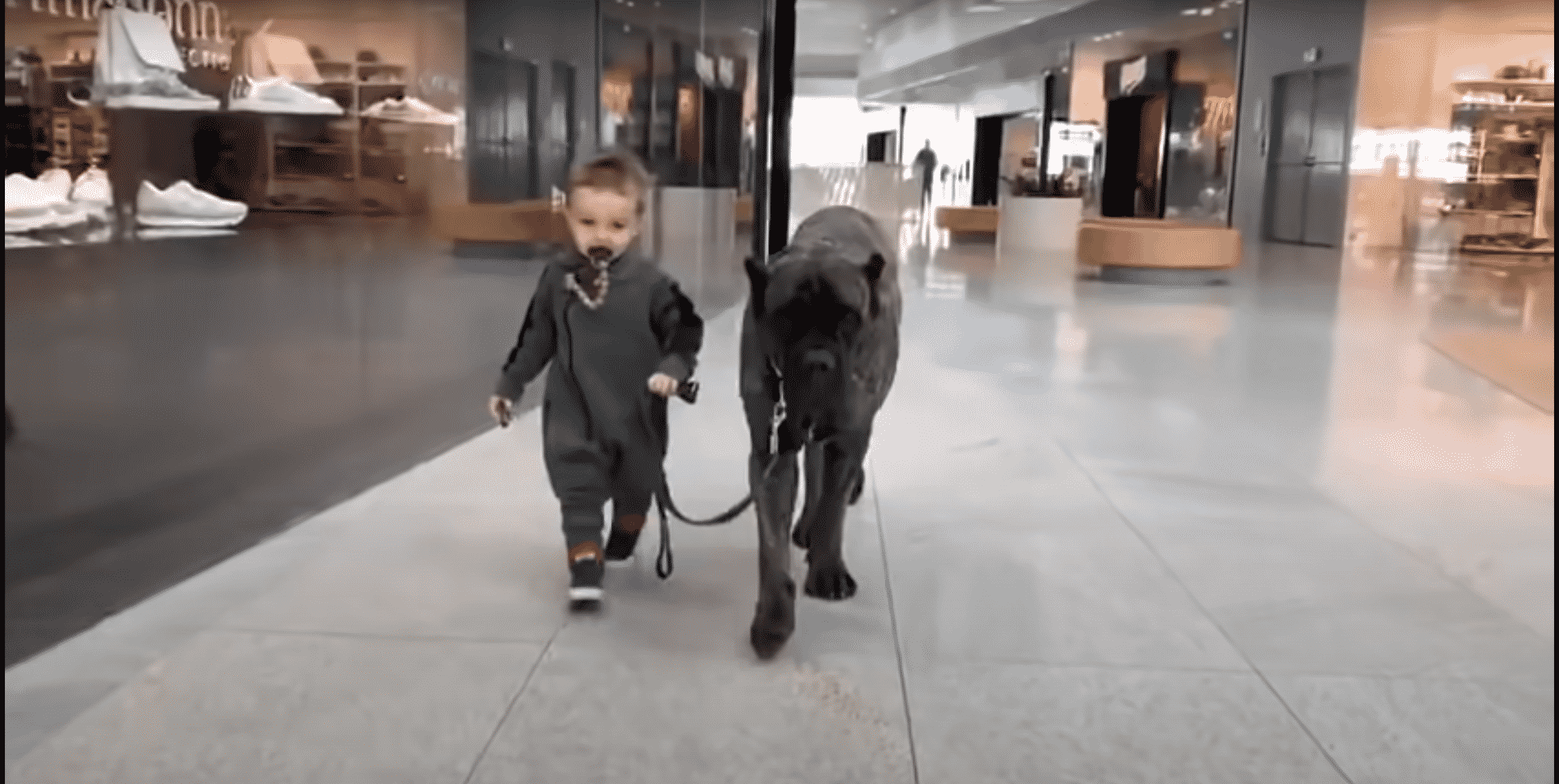 Humans could learn a lot from dogs, especially when it comes to being kind and gentle.

We bet this dog is well cared for at home. That gleaming coat and that self-assured walk are both signs of a dog being doted on at home.

We’re glad this dog’s parents exist. We could only wish all dogs have access to the kind of love these fur parents give their Cane Corso. Cheers!