Home Playful Dog Stories Little Girl Tries To Lead Her Giant Husky On A Walk, But... 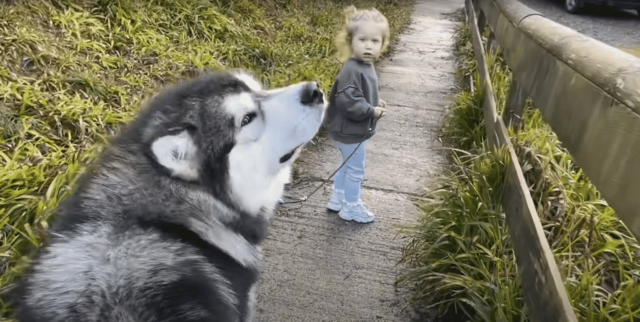 Dogs may usually take the role of a follower, but they’re naturally born to lead. That’s what this massive Siberian Husky named Teddy proved in this story.

He and his ward, Amelia, were out on a walk one morning. It was a chilly day, a sign that snow is about to come soon. 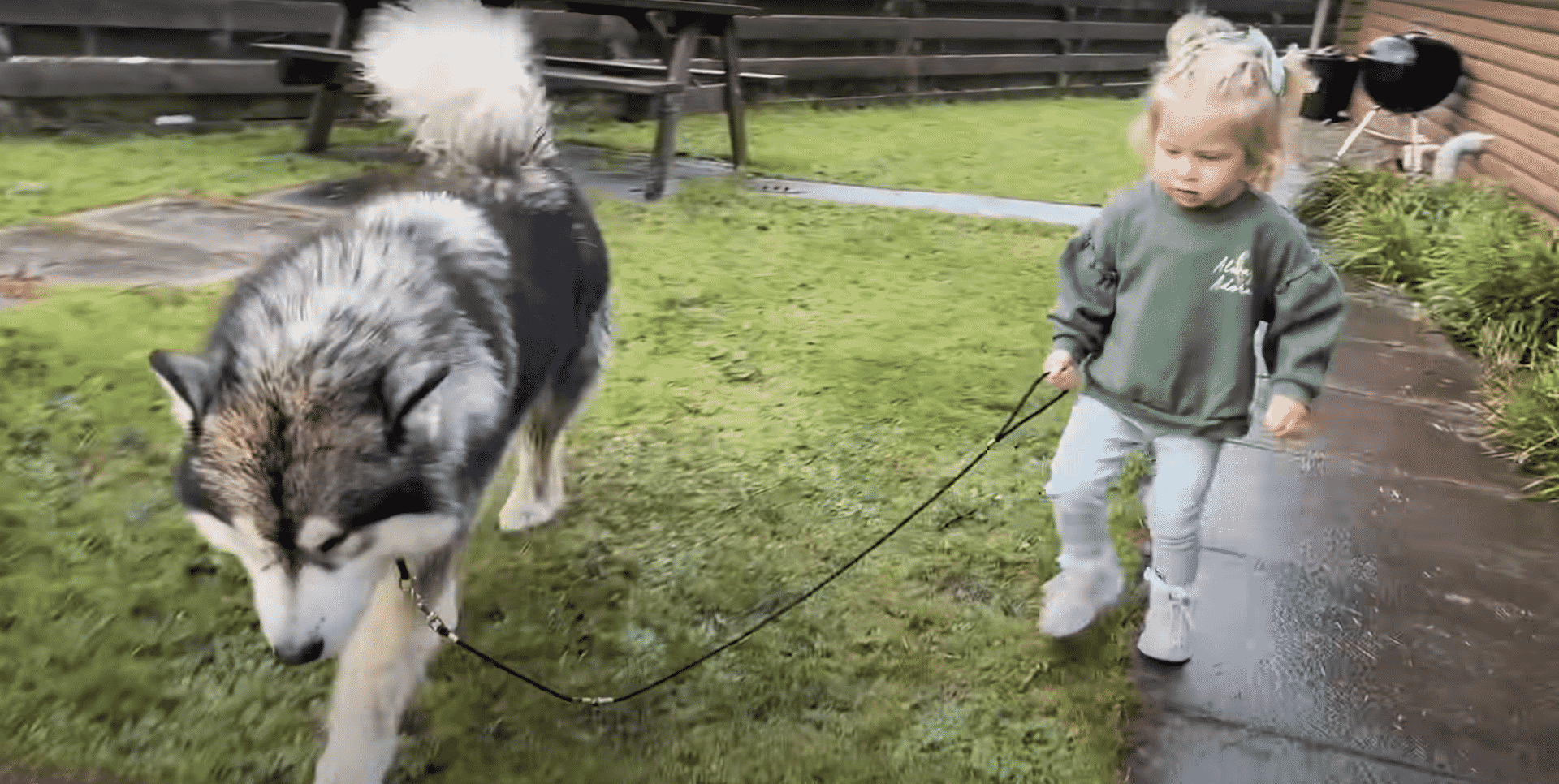 The dog, seemingly bored, calmly walked alongside the girl as she tried to pull at his leash to lead the way. It’s a hilarious scene that dog owners can certainly relate to!

Amelia wasn’t happy about Teddy pulling her in his quest to discover everything that looks like a shrub. She wanted to go a certain way, and the dog wasn’t making it easy. 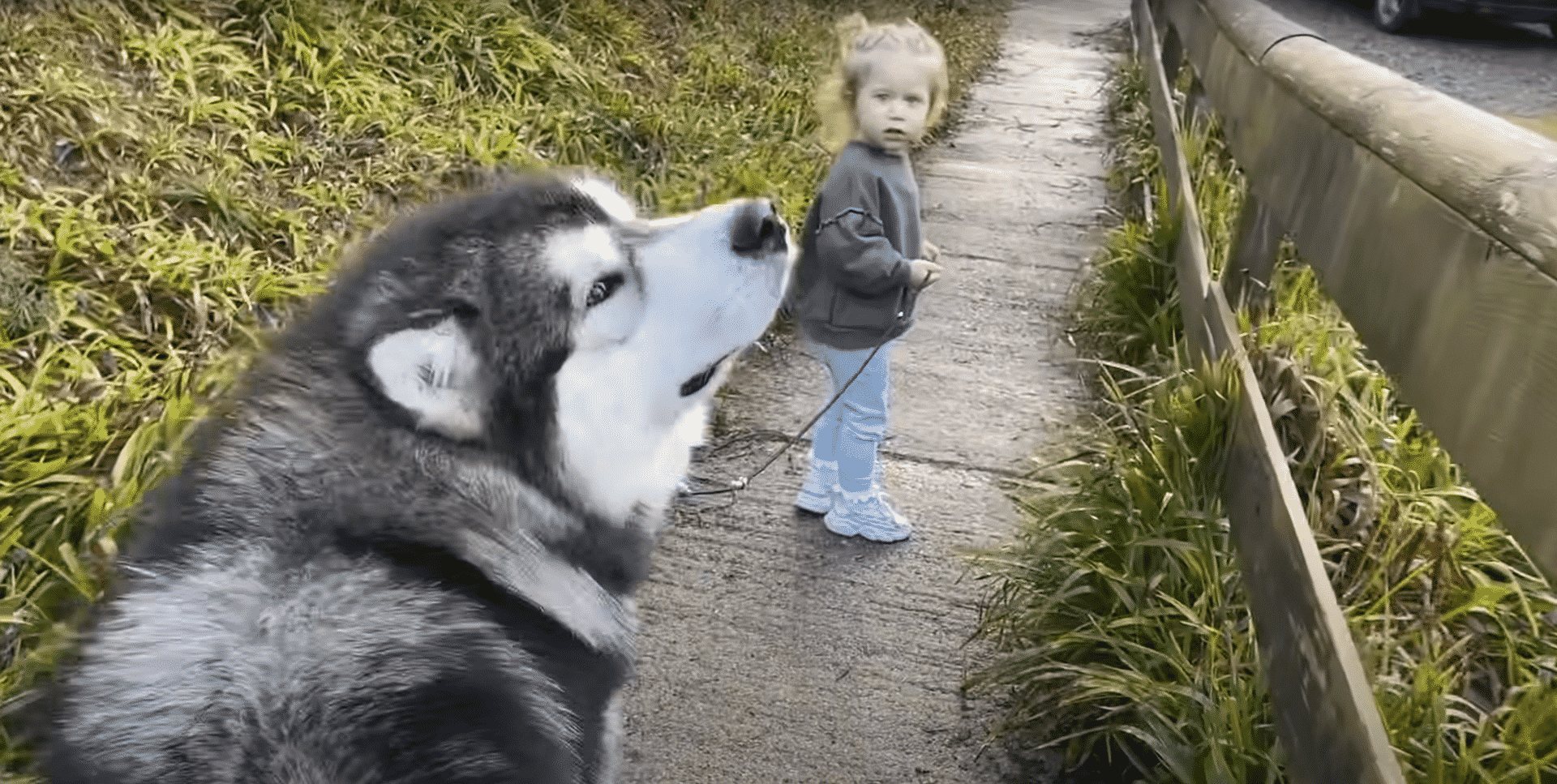 The pair continued their walk down the family’s cobbled pathway, stopping every now and then. Amelia looked a bit frustrated, but adorably so. Teddy looked like he couldn’t care less.

Every dog owner knows that feeling of trying to take their dog for a walk, only to have the dog take them for a walk instead.

It’s like they know exactly what they’re doing and they’re just messing with you. That’s probably what was going through Amelia’s mind as she walked alongside Teddy.

To be fair, the dog could easily pull the little girl any way he wanted. The difference in size assures that but thankfully, the dog was gentle and careful. 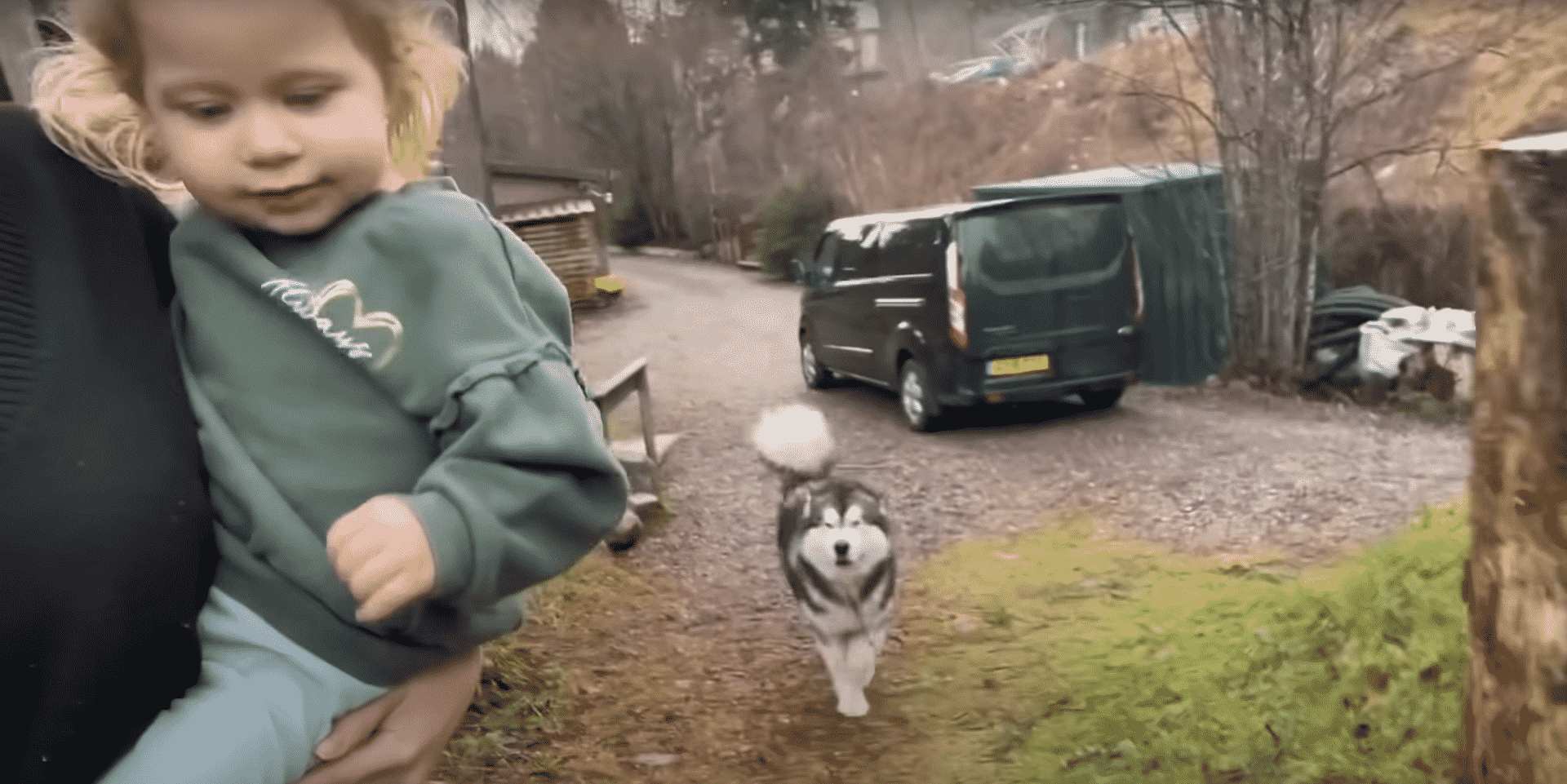 Amelia still didn’t like the way things went, and the last straw was when she lost hold of the leash. She called for mommy and asked to be carried.

Mom complied, and to cheer her daughter up, both called Teddy. Since the dog didn’t respond, the mom ran while carrying her daughter.

The dog came running after them, probably scared to be left behind. Now, Amelie knows what to do the next time she and Teddy go out on a walk. Cheers!