Home Playful Dogs Rule He Doesn’t Have Front Legs But Joey The ‘Dogaroo’ Surely Has The... 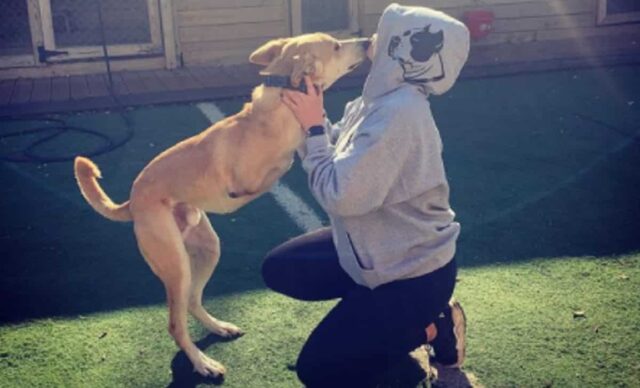 Joey was a very young puppy when he was found in the streets of Qatar. He wasn’t born a stray but was probably dumped after someone cut off his front legs. He was in horrific shape and he badly needed help.

Fortunately, Erica Mahnken, Co-Founder of No More Pain Rescue, saw the puppy’s photos on the internet. She knew she had to get him. She quickly made arrangements and before anyone knew it, Joey was on the plane to New York City. 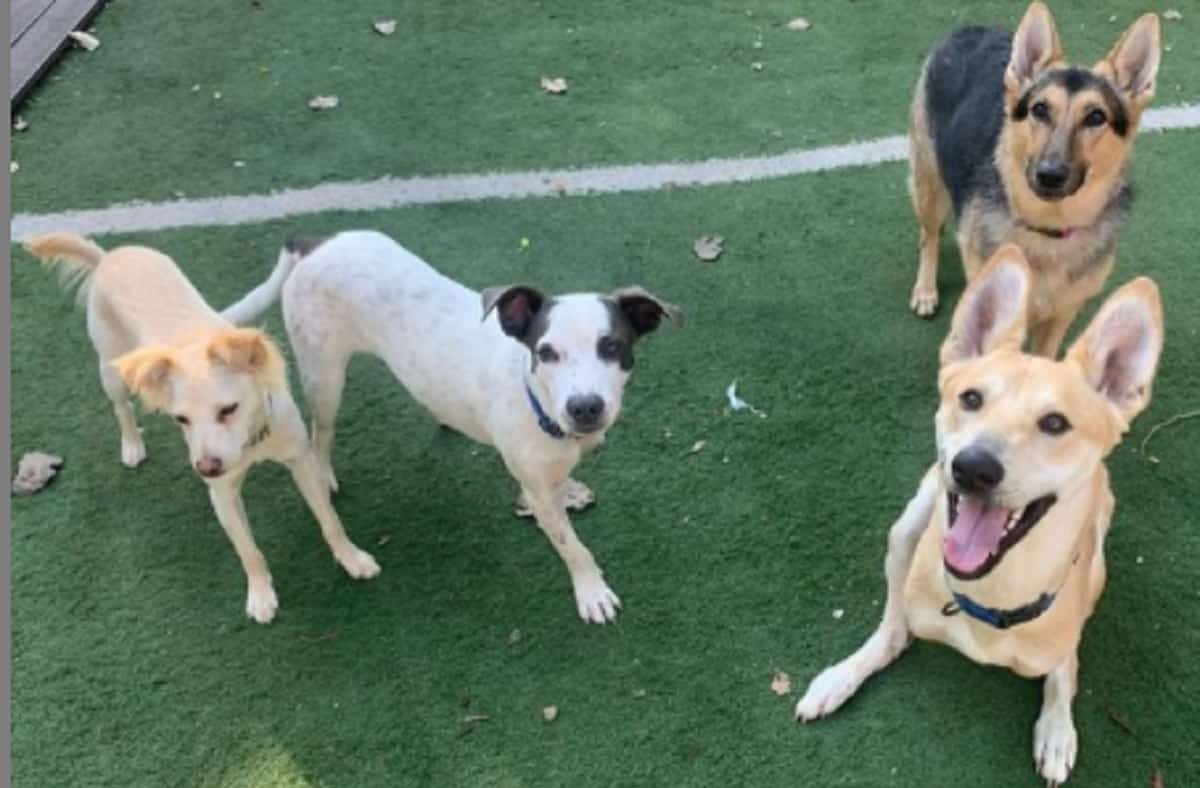 Erica instantly fell in love with Joey. She planned to care for him and get him ready for a foster and then a forever home. But things happened quite differently.

Joey, despite having no front legs, was just full of energy. He loved playing in the yard, and he got along with every dog in the Freedom Home, the center where No More Pain houses their rescued animals. He even chased after his foster siblings. 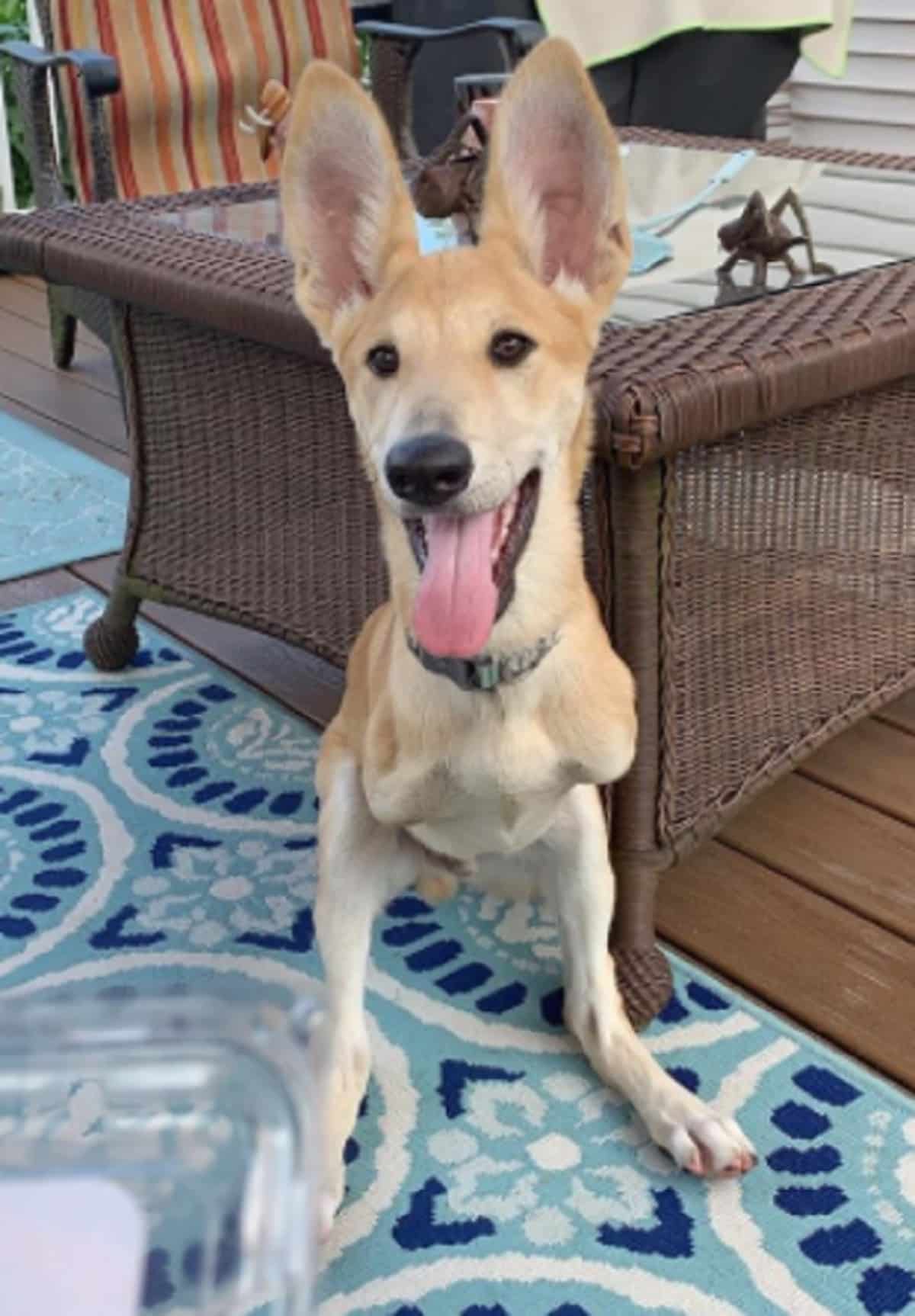 Erica wanted Joey to have his own wheels or prosthetics to help him move around more freely and the vet suggested a wheelchair would be the better option. But because the dog was used to walking and running without them, he hated it. He’s happy and content even without his wheels.

As the days passed, Erica fell more in love with Joey. This dogaroo stole her heart. She tried not to foster fail. But in the end, she decided Joey wasn’t going anywhere else.

Joey loved his new home the very moment he arrived. From that point, he’s always with his new mom. Whether it’s the office, at home, or at the beach, Joey always accompanied Erica.

Joey the Dogaroo is now a permanent resident of the Freedom Home. He spends his day picking up sticks that are quadruple his size and plays all day long with squeaky balls. Joey may not have front legs, but he surely has the best life.