Golden Retrievers are famous for being calm and loving dogs. Even if they want to play a lot, they’re gentle with the people and animals around them. Despite lacking watchdog qualities due to their overly-friendly personalities, Golden Retrievers excel in being obedient, intelligent, and empathetic dogs.

In a viral video online, you’ll meet a fluffy dog named Pork. Pork is a classic example of a Golden Retriever who quickly gets along with others, may it be humans or animals. One day, Pork’s parents decided to give him a sibling named Teddy Sugar, a small, dark, and curly-haired rescue pup! 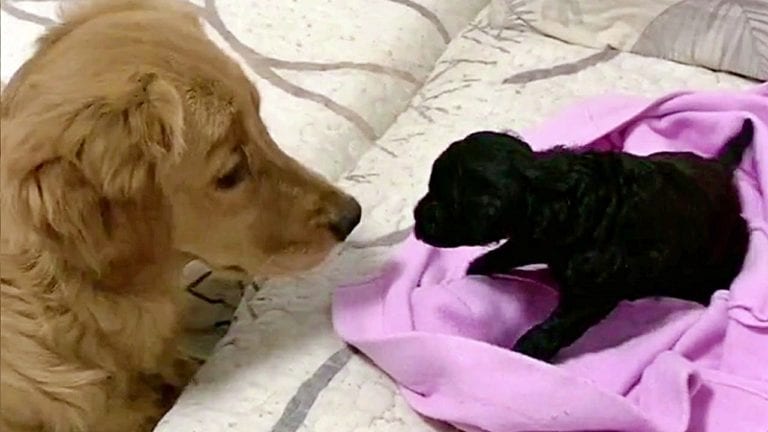 Pork’s human parents placed the tiny dog in a box so that Pork couldn’t see her right away. Teddy Sugar is persistent in getting out, so she escapes from her container, and Pork finally sees his new little sister!

As the video progresses, you’ll see Teddy Sugar slowly crawls toward Pork. You’ll also notice that the younger dog’s a little intimidated at first as her big brother approaches her with high energy. 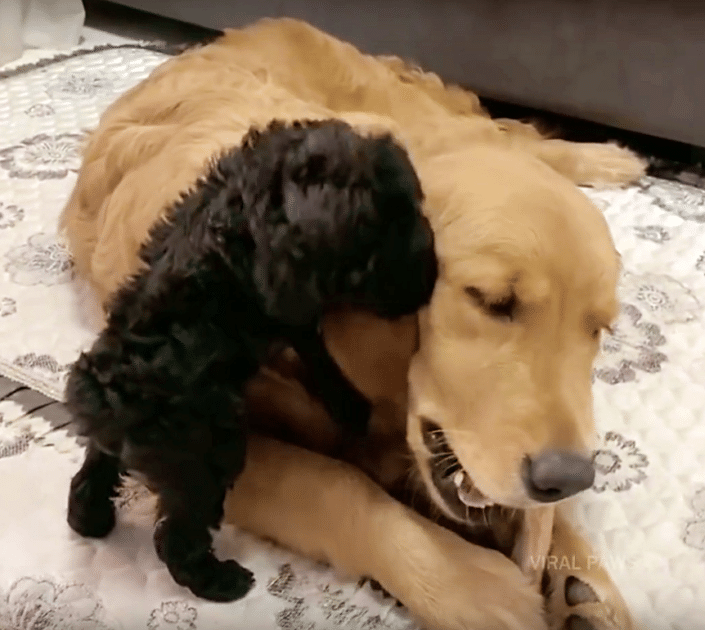 Pork’s so excited seeing his baby sister, so he sniffed her a lot. Many people believe that when dogs sniff at each other, it’s akin to a human handshake or high five.

Later on, Teddy Sugar started to feel comfortable and began to climb her brother. When you look closely, you’ll assume that they have known each other for a long time. 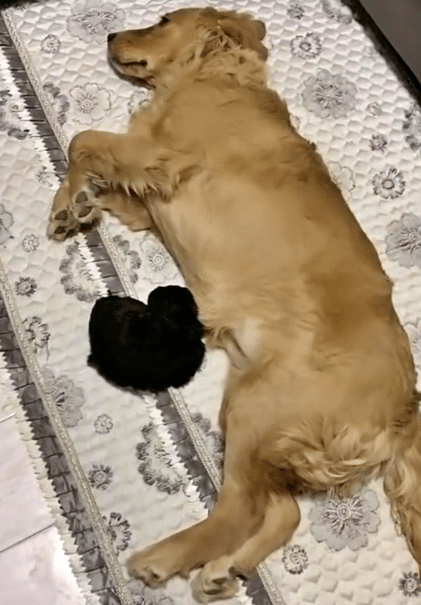 The two would jump, lick each other, hug, and play all over the area! When they’re both tired, they slept together side by side.

Pork and Teddy Sugar’s owners made sure to document every moment their beloved dogs spend time with each other. Whether it’s a sweet or hilarious encounter, they’ll capture it on camera!

It’s inspiring to see the relationship between Pork and Teddy Sugar. Their parents are confident that the friendship of these two dogs will last a lifetime.