Khrystal had a great time with friends and family celebrating the Fourth of July. They were lots of food and drinks and the sky was lit up with fireworks. But when the festivities were done, she became frantic as she realized that her Husky, Sawyer, was gone.

She looked everywhere around her house and outside, shouting out his name. But Sawyer was nowhere around. For the next three days, Khrystal searched for her dog, handing out flyers near where she lived. When she got near a river, she heard that a Husky was seen there and several people were chasing him.

Several residents near the river of L.A. noticed an injured Husky walking around, looking lost. He was limping on his front leg. They tried calling out to him but the dog ignored them. When they tried to go near the pup, he would walk away.

When the people persisted in catching him, the Husky, despite being in great pain, ran away. He went next to the river where there was thick vegetation all over. At that time, a dog rescuer arrived in the area after someone called him for help. 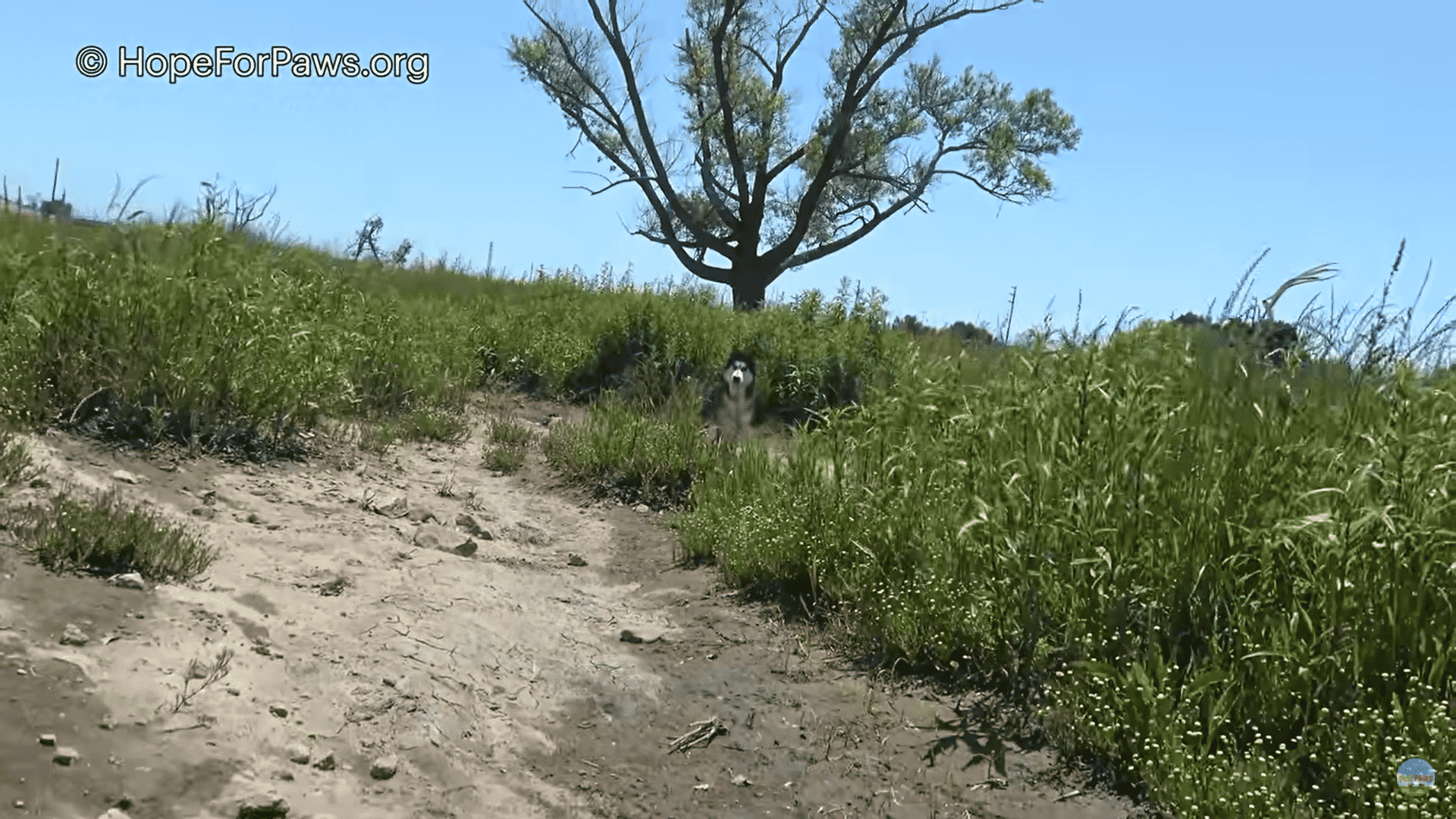 With people chasing him from behind, the dog ran towards the rescuer and stopped in his tracks when he saw him. He tried retreating but then he saw the humans that were chasing him. With nowhere to go, the dog went inside a thick bush and hid there.

The rescuer slowly went in and gently talked to the dog. He offered him some food, and the dog ate them. They didn’t want to spook him as he might try to run away again, or worse, he may get aggressive.

Khrystal followed the crowd that chased the Husky towards the river. She was not sure if it was Sawyer though. But when she finally got close, there was no doubt that it was her missing dog.

When Sawyer saw her, he quickly calmed down and went to his mommy. The dog sunk in her arms and started wailing. He was so happy to be back with his owner.

Khrystal brought Sawyer to a vet to have his injury checked out. They discovered that the pad of his foot was torn off. They bandaged the injury and gave the dog some medication. And after that, he finally went home.