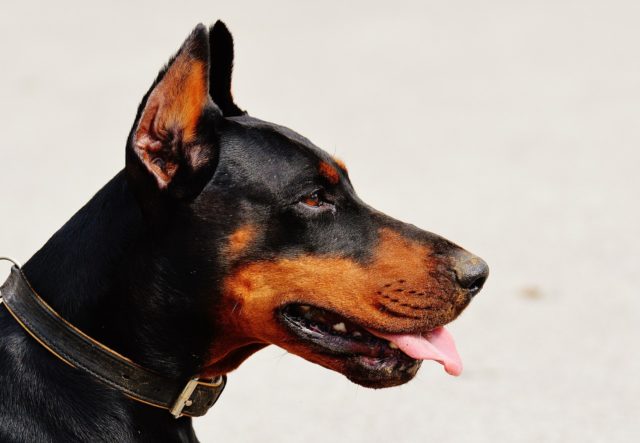 Kruz is a Doberman pinscher. He’s four years of age. Just like any other four-year-olds, this pup loves his ice cream.

Luckily for Kruz, an ice cream truck regularly makes rounds in his neighborhood. He looks forward to these visits. He patiently waits with his human mom and dad for the red vehicle that carries the most delicious ice cream on their side of the planet.

But Kruz’s parents don’t like spoiling the dog. So they make sure to make Kruz work for his ice cream. Yes, the cold and sweet reward comes with a price.

And Kruz is more than willing to humor his parents. He is ready to do all kinds of tricks for a lick of ice cream. See this video to see the lengths Kruz will go to get his fix.

In the video, we see Kruz’s dad in total control of the situation. He knows how to make Kruz follow his lead. Never does the dog become unmanageable throughout the video.

Even when the ice cream truck finally arrived, dad is able to keep Kruz as behaved as caninely possible in the presence of delicious treats. Dad tells Kruz to keep still, and the dog follows. As a reward, dad gives Kruz his first bite of ice cream.

Kruz also gives dad a handshake. He plays dead and does a decent spin, too. He does all these for the taste of his favorite food.

Some people mistakenly judge dogs to be dumb. This could not be farther from the truth. Kruz shows that dogs are smart if a little silly and excitable.

Kruz knows what he wants and will do anything to get it. This level of commitment is something we can all admire. We are hoping Kruz gets all the ice cream that he deserves.

Thanks to Rumble Viral