Home Playful Dog Stories Bonded Shelter Dogs That Shared A Bed In A Kennel End Up...

Jukebox and Agatha found each other on the streets and became the best of friends. But when animal control picked them up and transferred them to the care of Pima Animal Care Center in Arizona, it seemed like the end of their friendship. But the dogs have a very special bond and they refused to be separated.

They both had kennels, but the bonded Pitties hated being away from one another. Without each other, they felt lost and confused. They kept looking for the other one,  a rescue worker explained. 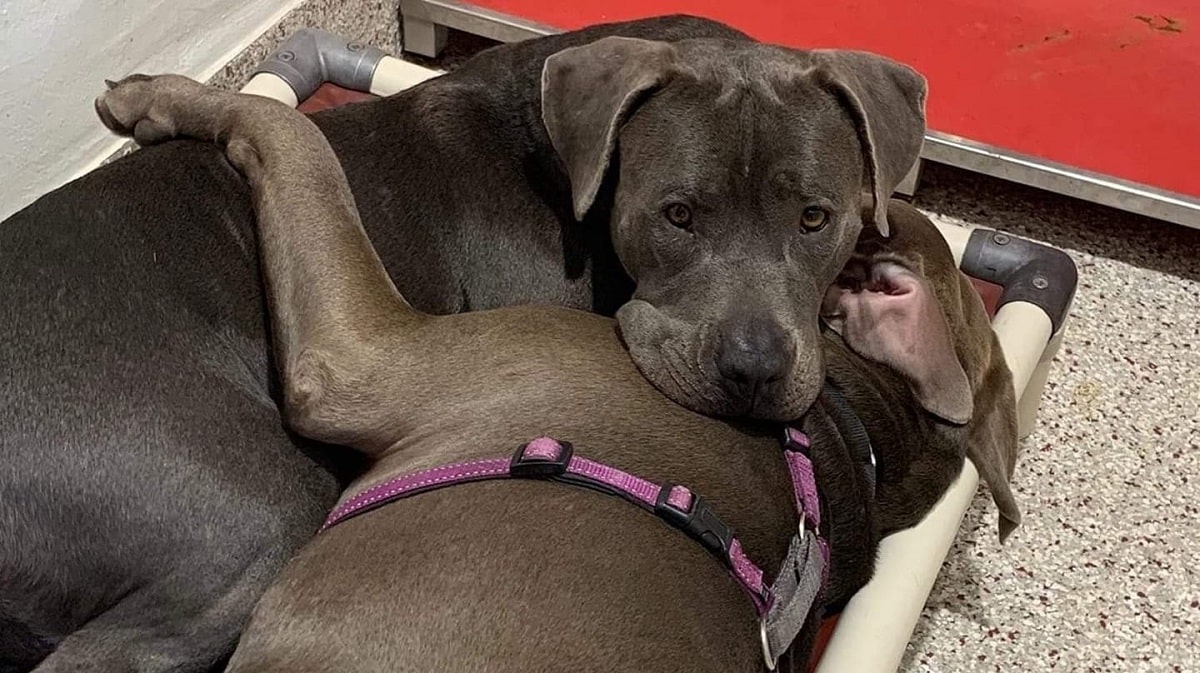 It’s tough enough to adopt a dog, let alone finding a home for two Pitbulls. People think they are aggressive and dangerous. But no matter the odds, there’s just no way the rescuers would separate these two.

Jukebox and Agatha were the longest residents of Pima Animal Care Center. They did not just share a kennel, they even slept in the same bed. And while the other animals left the center one after the other, the bonded dogs didn’t mind waiting as long they were together. Eventually, the perfect family came. 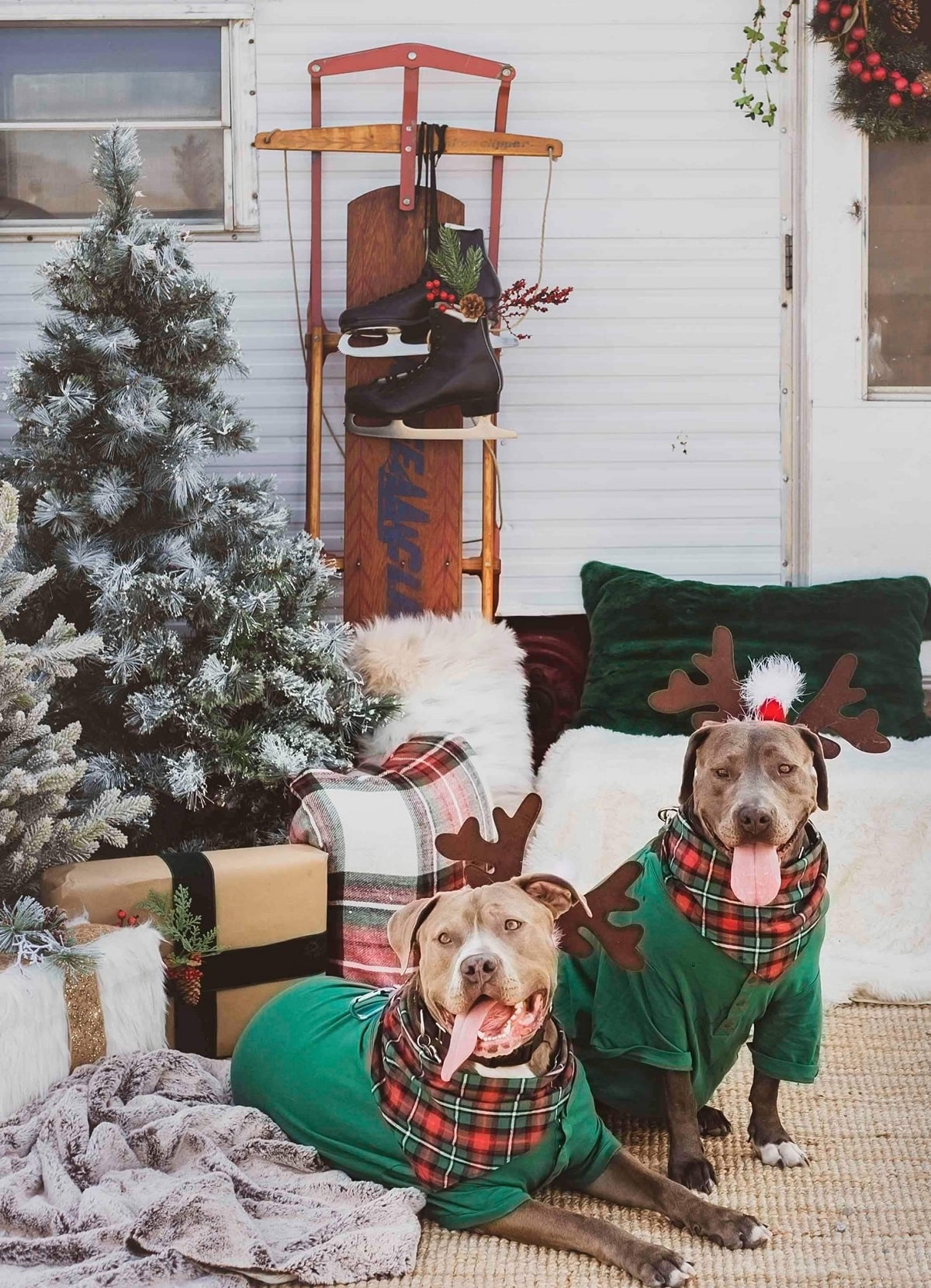 Erin and Ubaldo learned about the dogs on social media. It’s been a while since their dog died and they agreed it’s the perfect moment to adopt again. But instead of one, the couple decided to welcome both Jukebox and Agatha into their home.

It was love at first sight. The dogs loved their new parents and the couple was smitten just the same. It’s official. Jukebox and Agatha found their home. The couple agreed that keeping them together was the right thing to do. 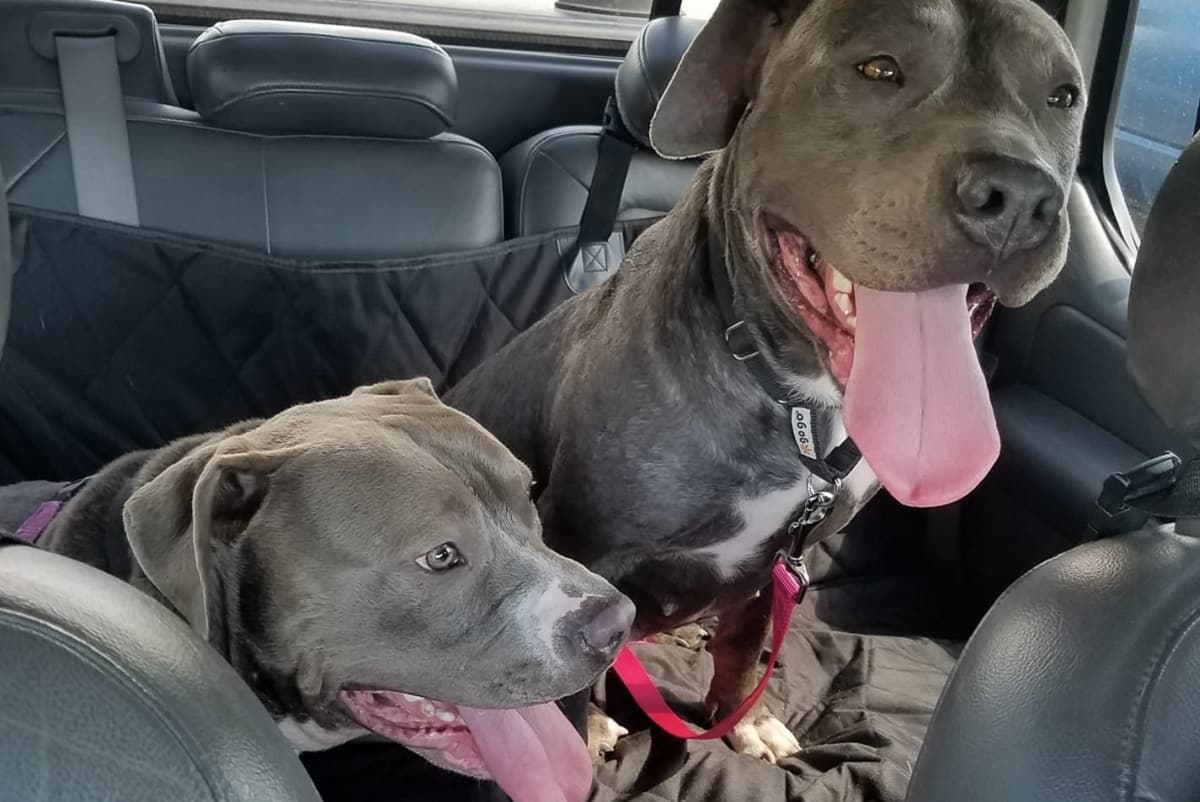 From the dangerous streets to the shelter to their forever home, Jukebox and Agatha get to stay together. Their relationship is exceptional, and it continues to flourish in their new lives. They know they are never going back to the shelter.

Jukebox and Agatha shared so many things in the past. And with their new mom and dad, they will create more memories in the coming years.