Home Playful Dog Stories After Being Chained To A Tree For Several Days, A Dog Named... 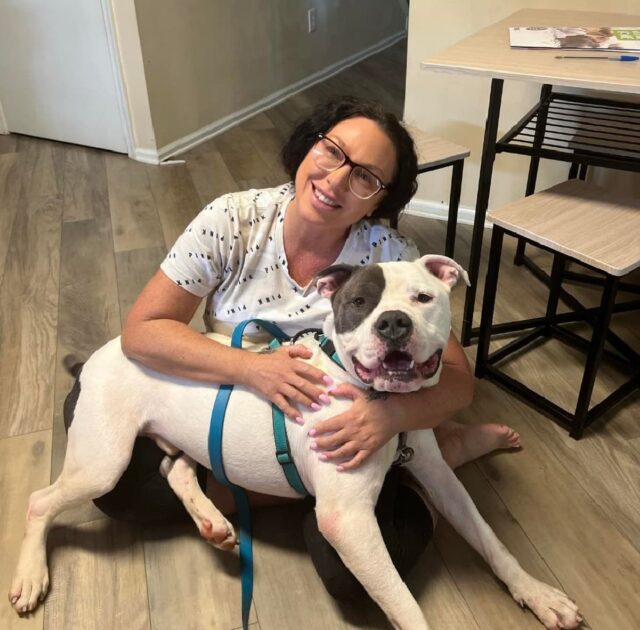 In April, Hal arrived at Main Line Animal Rescue facility looking like a walking skeleton, as the rescue volunteers and staff described him. You could see every one of his ribs. After days of starvation while tied to a tree in Philadelphia, the dog’s head was depressed and he was covered with sores. He weighed hardly 50% of his healthy weight.

Dr. Alicia Royer, a veterinarian at Main Line, said that despite the dog’s condition, he was still thrilled to meet people. He attempted to wag his damaged tail and offer kisses. Therefore, it was hardly surprising that Hal was adopted as soon as he became eligible. People saw him as a dog that was really hard not to love.

A concerned Philadelphia resident saw him tied to a tree, and the law enforcement squad at the Pennsylvania Society for the Prevention of Cruelty to Animals (SPCA) freed him. After receiving treatment from the group’s facility, Hal was sent to Main Line.

The personnel immediately stabilized him, cleaned his wounds, and provided him with food. The damaged tip of his tail fell off, and he weighed only 43 pounds. Royer speculates that he became unwell after consuming countless animal bones to stay alive.

Hal was so emaciated that he had lost almost all of his fat and muscle, and Royer gave him a score of 1 on the physical condition scale, the most severe level. It is unlikely that he would have lived tethered to the tree much longer.

Hal, who Royer estimates to be between 3 and 5 years old, began a stringent feeding program so he could regain his weight, but his ever-cheerful disposition continued to serve him well.

Royer and the rescue’s veterinary staff were unable to preserve his tail since the cut exposed a bone, so they were forced to amputate it. But when Hal awoke from surgery, he was wriggling the tiny stump that remained.

Hal, whose original name was Hallelujah, had reached a much healthy 76 pounds soon enough and was available for adoption. His new owner had been following his tale from his arrival at Main Line and had informed the rescue group that she wished to adopt him as soon as he was healthy. 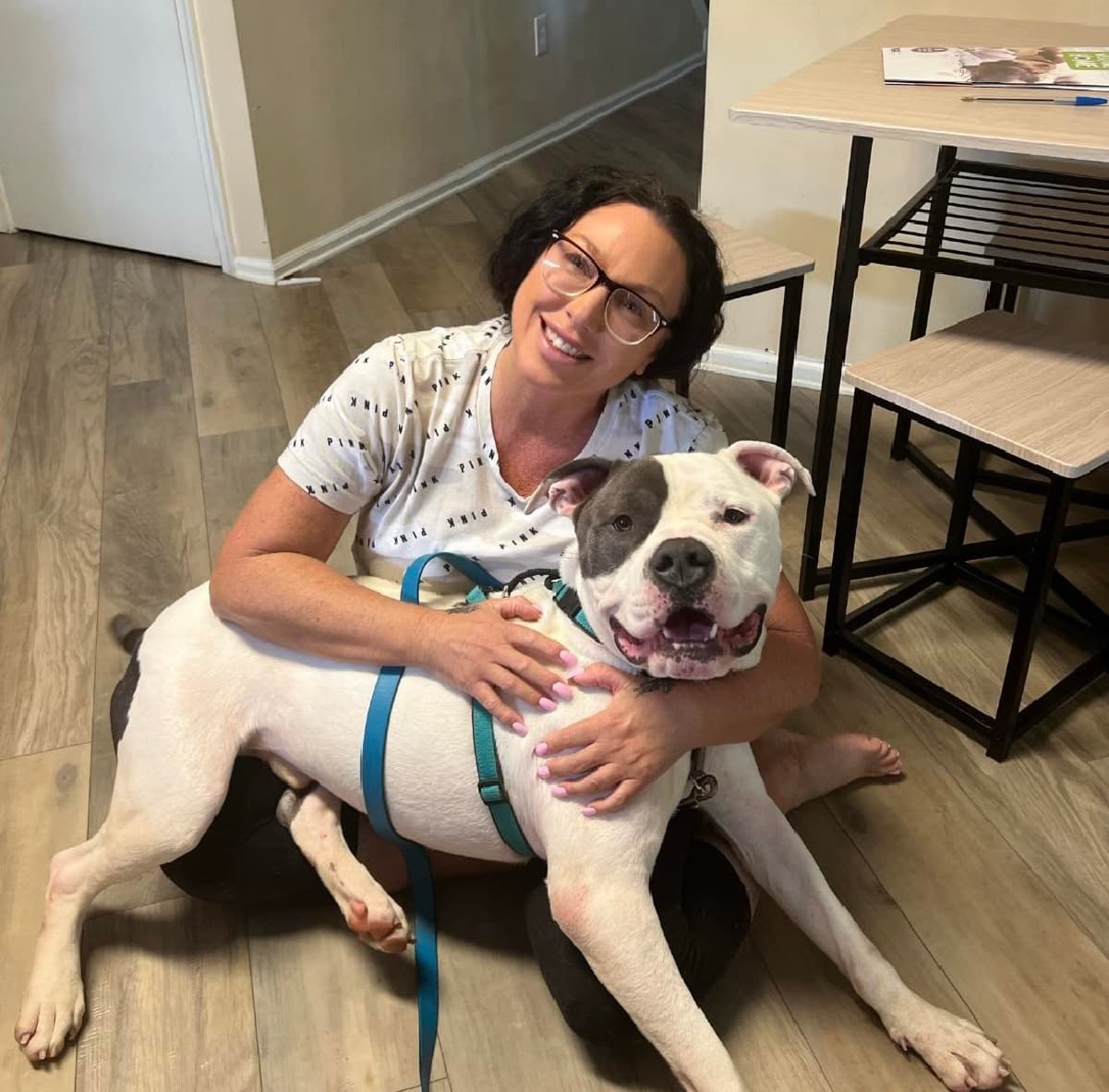 These Puppies Were Left Behind At A Demolition Area, So Rescuers Saved Them